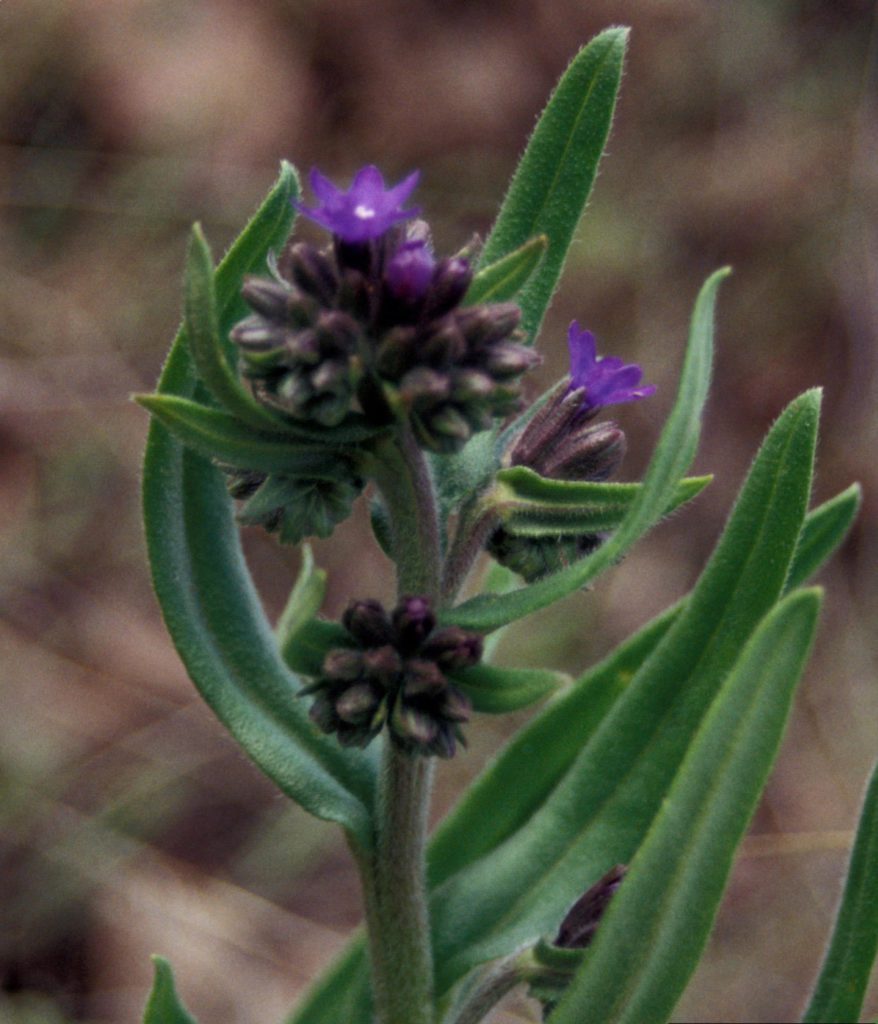 ALERT SPP This Plant is on high alert.

Physical Description: Perennial herb from a deep tap root. It has hairy stems, often several per plant, which grow up to 80cm tall. The lower leaves are lance shaped and attached to the stem with a stalk while the upper leaves are stalk less and clasp the stem. All leaves are succulent, hairy and have smooth or slightly toothed edges.  Before blooming, the flowers are initially reddish and can be found in coiled clusters at the end of stems, which resemble fiddle necks. After blooming, the flowers range from bright blue to purple and have distinctive white throats.

Habitat: It prefers areas with high sun exposure and low soil moisture however has adapted to various soil types ranging from sandy to clay-heavy soils. It is often found along roadsides and in cultivated fields, pastures, alfalfa fields, rangelands and disturbed waste areas.

Impacts: It invades pastures, hay fields, crops and rangelands. It has large impacts on alfalfa where the succulent leaves and stalks mold hay when baled.  Common bugloss is in the borage family where many plants contain pyrrolizidine alkaloids that are toxic to livestock and humans if consumed.

Reproduction:  Spreads primarily by seed. A single plant can produce up to 900 seeds per year.

Mechanical: Small infestations can be dug, but ensure that the taproot is cut below the root crown. However, this may prove difficult due to Common Bugloss’ large, woody taproot. Cutting and mowing large infestations before the plants flower can help deplete seed production, but regrowth will still occur from the taproot.

Chemical: Spot spraying Common Bugloss with glyphosate prior to blooming has proven effective, as well as spraying a broadleaf herbicide such as 2, 4-D or 2, 4-D + dicamba during the rosette stage. The addition of a surfactant to a spray mix is a must to increase coverage and penetrate the hairy leaves. As the plant grows, a higher rate of herbicide will be required. For available products, contact your local agri-supply store. Prior to any herbicide application, read and follow the label instructions. 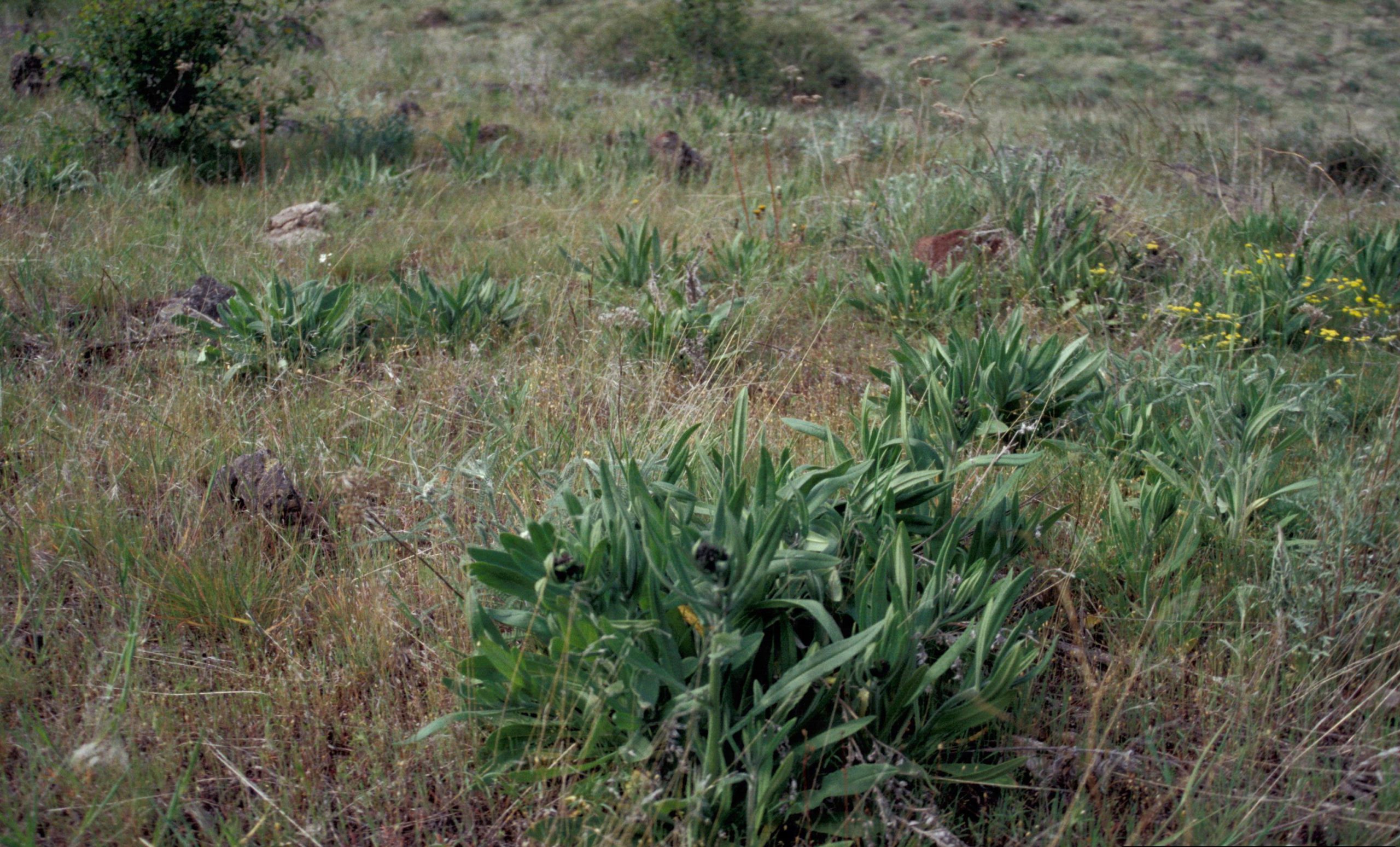