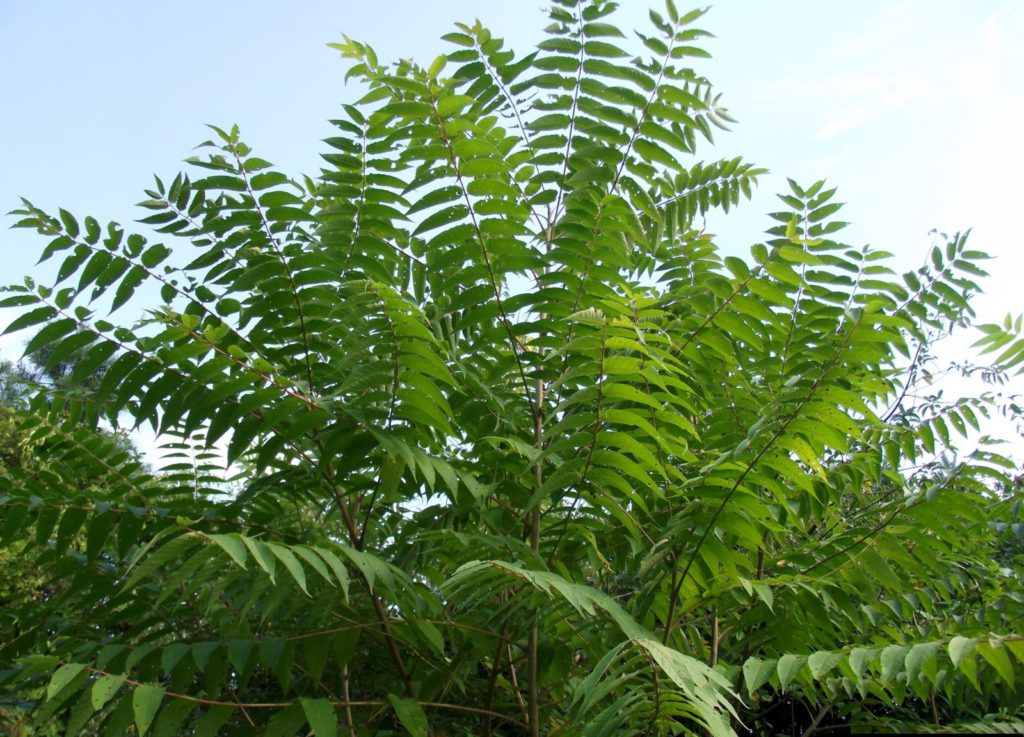 ALERT SPP This Plant is on high alert.

Physical Description: It is a fast-growing deciduous tree that can reach 30m in height and 2m in diameter.  The bark is smooth and brownish-green when young, eventually turning light brown to gray, resembling the skin of a cantaloupe. It has large compound leaves that can grow up to 1m in length. Each leaf has 11-41 smaller oval leaflets, each with smooth margins. When crushed, the leaves and plant parts give a strong, defensive skunky or peanut-like odor. It produces large clusters of small flowers that are pale yellow to green. Female trees produce large numbers of single-seeded fruits that are 3 – 5 cm long. The fruits are winged and turn red or brown in summer and into autumn. The tree produces a long creeping root system.

Habitat: It is often found in urban areas but grows in a wide variety of habitats, including along roadside, riverbanks, rail corridors and in agricultural fields and forests.

Impacts: It forms dense thickets that quickly take over and displace native or desirable vegetation. Toxins produced in the bark and leaves accumulate in the soil and inhibit the growth of other plants.  Its aggressive root system can damage infrastructure such as sewers, pavement and foundation.

It is also a host to the invasive Spotted lantern fly (Lycorma delicatula), who in its nymph stage, is known to attack a wide range of native hardwood and fruit trees, such as grapes. For that reason, it poses and indirect threat to native hardwood trees, vineyards and orchards.

Reproduction: Individuals can be either a male or female and it reproduces either by seed or root fragments. Female trees are prolific seeders with the potential to produce more than 300,000 seeds annually. It also reproduces vegetatively by sprouting shoots from its roots, and from root and stem fragments. New shoots can sprout up to 15m away from the parent tree. Individuals have can live 30 to 50 years.

Species Similar in Appearance:  Several native shrubs, like ornamental sumacs, and trees, like ash, black walnut and pecan, can be confused with Tree of Heaven.

Mechanical: Young seedlings can be removed by digging them up, along with the entire root system, when the soil is moist; any root fragments left behind can create a new tree. Once underground creeping roots have developed this technique is not longer effective.  Cutting Tree of Heaven can be counter-productive since it will respond by producing large numbers of stump sprouts and root suckers.

There are a few different techniques for herbicide application:

Several herbicides with the following active ingredients can control Tree of Heaven: Glyphosate, Triclopyr, Aminopyralid, Imazapyr and Metsulfuron.  For available products, contact your local agri-supply store. Prior to any herbicide application, read and follow the label instructions.

Tree of Heaven: A Weed Report from the book Weed Control in Natural Areas in the Western United States 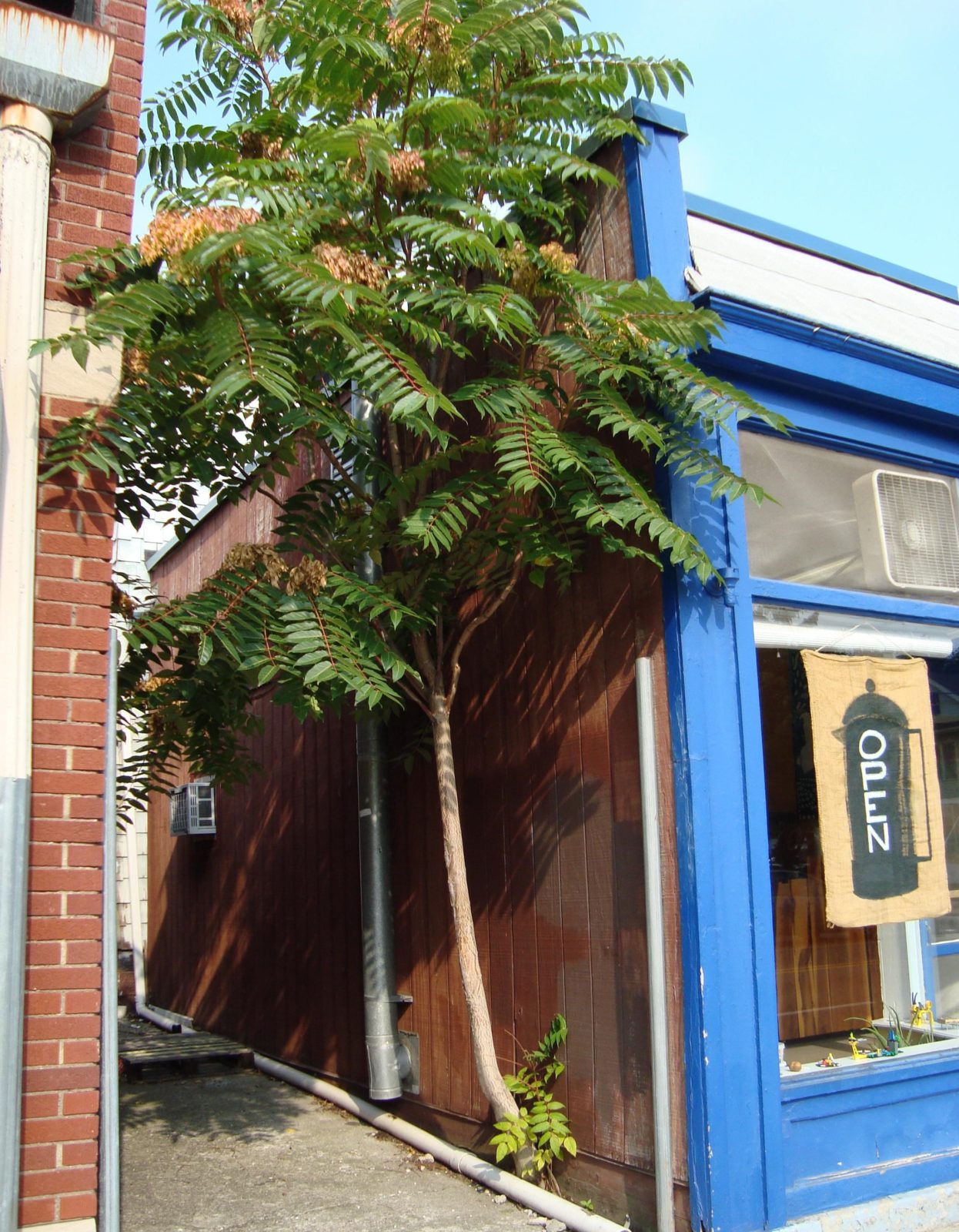 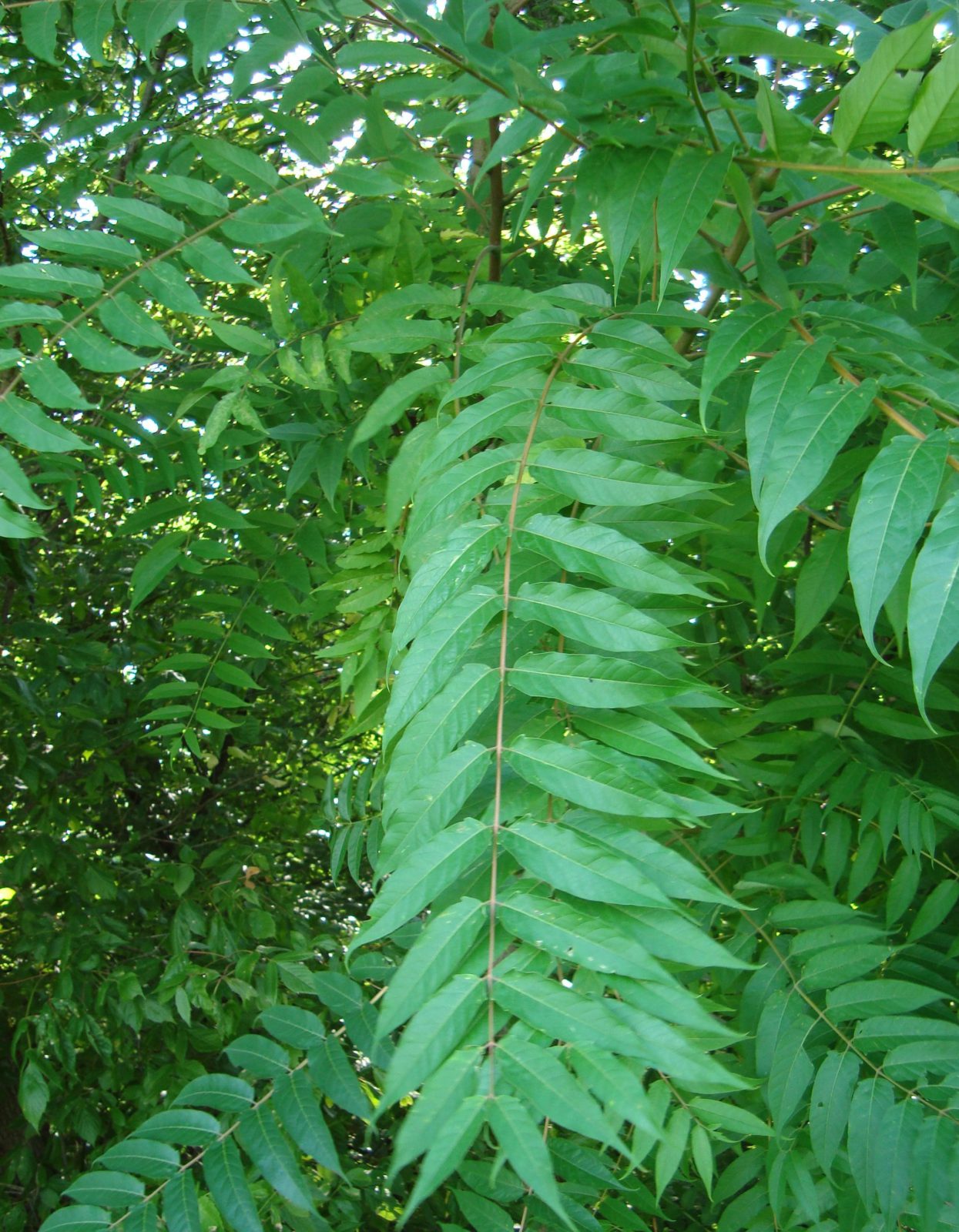 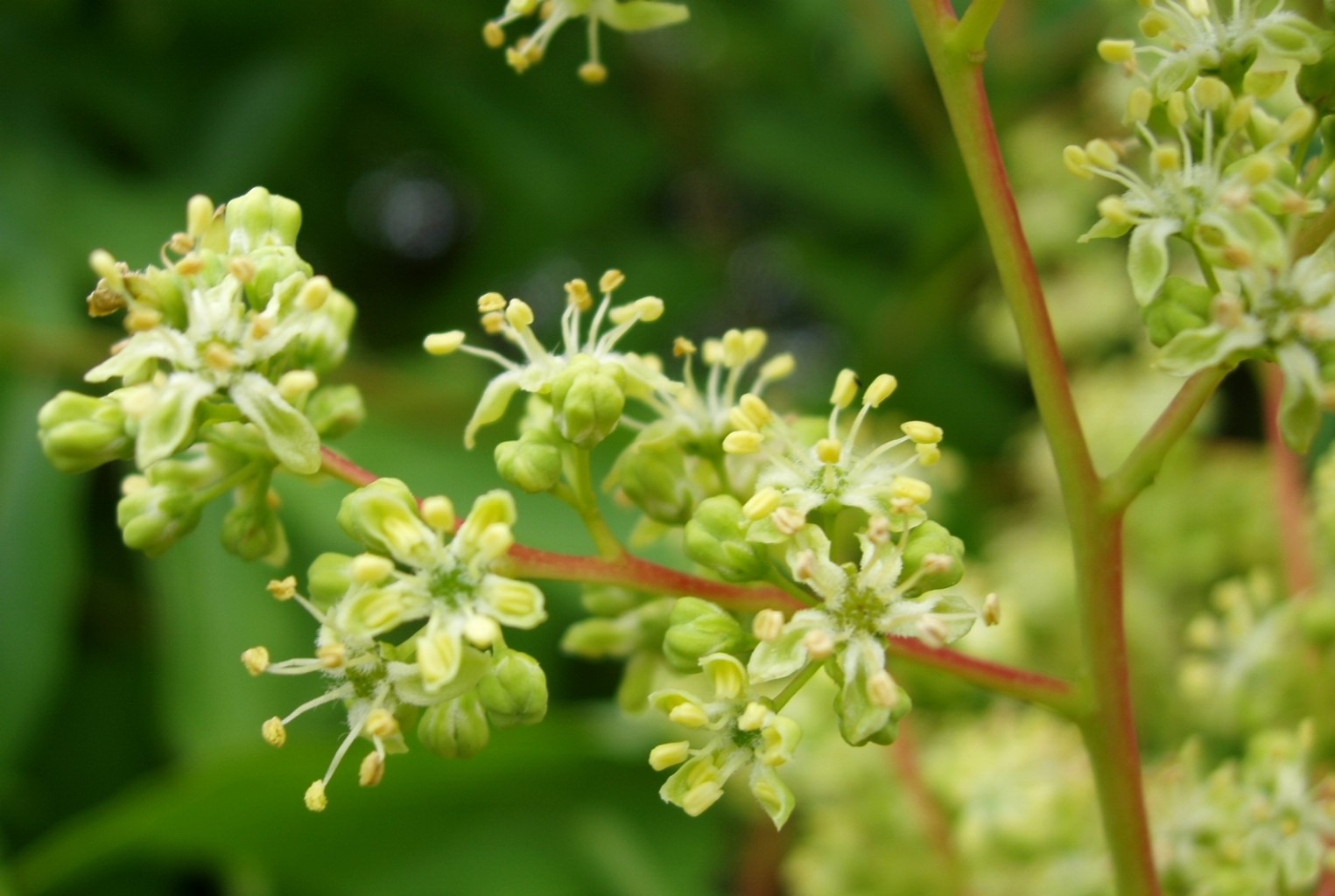 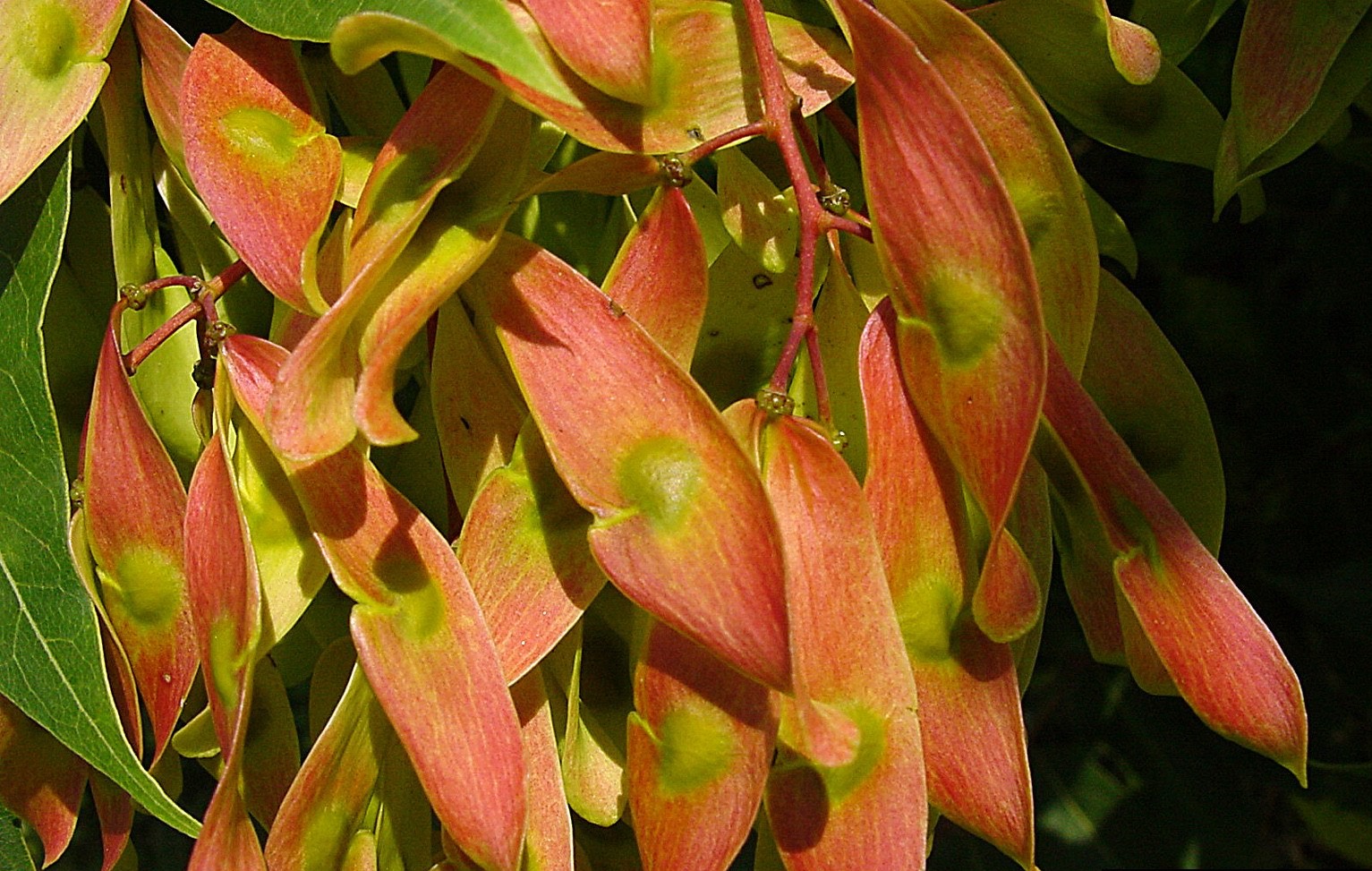 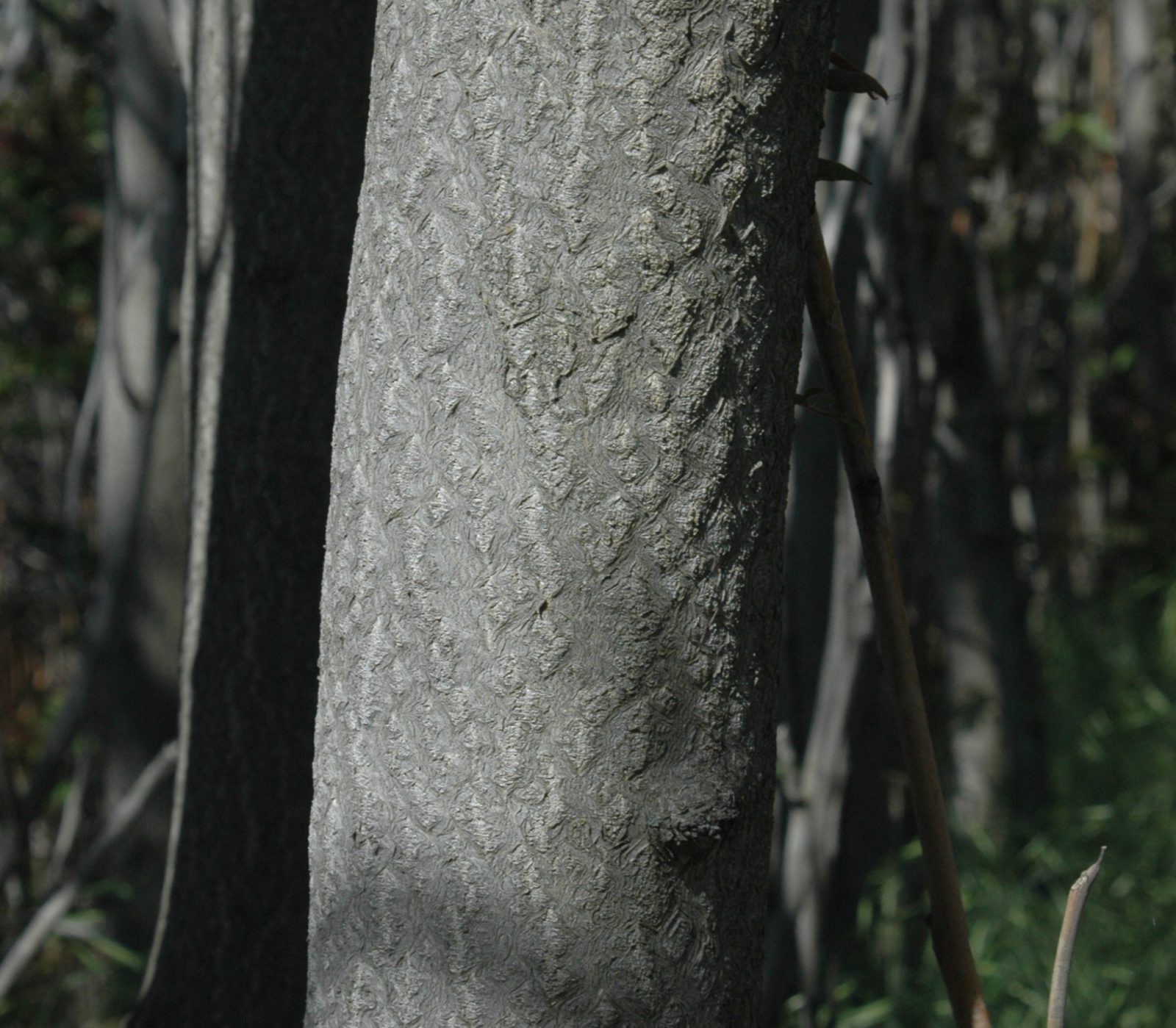