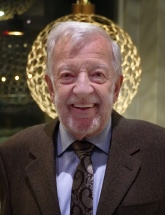 First elected as the inaugural mayor of Sun Peaks Mountain Resort Municipality in June 2010, Al is now serving his fourth term as Mayor.

Al has enjoyed a successful career in tourism and the ski business. A former National Alpine Ski Team Coach, Al was provincial government ski coordinator from 1975 to 1979 and authored the Commercial Alpine Ski Policy that motivated the impressive development and investment in ski tourism in BC. In 1985, Al built and managed a hotel in Whistler which was sold in 1990. He then moved to Sun Peaks in 1995 where he and his wife Nancy built the Nancy Greene’s Cahilty Lodge.

Al Raine was named ‘Freeman’ of the Resort Municipality of Whistler in 1982 and he and Nancy were named ‘Citizens of the Year’ in 1990. He was inducted into the Ski Hall of Fame in 1989. He and his wife Nancy, were presented with a Tourism Industry Association of Canada Lifetime Achievement Award in 2011. 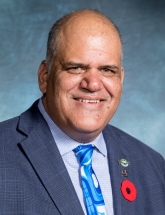 Arjun Singh is a councillor on the Kamloops Council – one of six of the City of Kamloops representatives on the TNRD and TRHD Boards.
Arjun was born in Kamloops in 1969. His parents, Dr. Gur and Mrs. Manju Singh, immigrated to Canada from India in the 1960s. Arjun has a strong interest in communication and public engagement and he has a MA in Professional Communication and a Graduate Certificate in Dialogue, Deliberation, and Public Engagement. Currently in his fourth term on Kamloops City Council and second full year as a TNRD director, Arjun has also served several years on the Board of the Union of BC Municipalities including one year (2018/19) as UBCM President.  Arjun also served one year on the board of the Federation of Canadian Municipalities (FCM).

Arjun works as a property manager and facilitator. He is always on the lookout for entrepreneurial opportunities that have a strong focus on building citizenship and community. Arjun is a slow half-marathoner, a lover of chocolate ice cream and fine scotch (preferably not combined), and loves a good conversation on any number of issues.

He warmly welcomes your questions or feedback on any TNRD issue or initiative. Engage with Arjun on twitter at @arjunsingh. Barbara Roden has lived in Ashcroft since 1997 and was first elected to Ashcroft Council in 2014.

She is editor of the Ashcroft-Cache Creek Journal newspaper, and for many years has been very active in Ashcroft’s arts community. Director Kershaw is the 2019 TNRD Board Vice Chair and the TNRD representative on the Kamloops Airport Authority Society.

Bill Kershaw has lived in the Barriere area with his wife Bernie for more than 50 years.  He has been an active member of that community and an advocate for the Lower North Thompson. Throughout the years, he has served on the Barriere Improvement District, Barriere District Council, Chamber of Commerce and various other boards and societies. He was first elected to the TNRD in 1996 and served until 2005.  He was elected again in 2011 and has served on the TNRD board continuously since. Carol Schaffer was born in Lancaster, England, and immigrated to Canada with her parents and siblings when she was young.  In 1977 she and husband Jack moved to Vavenby.  Although Carol started her career in the banking industry, since moving to the North Thompson she has worked for the RCMP and the Court Service as a court clerk and then registry administrator.

Carol has held positions on the Thompson-Nicola Regional Health Board, Dr. Helmcken Hospital Board, Vavenby Improvement District, and Vavenby Fire Department, along with other various clubs and organizations. Carol Schaffer has held the position of TNRD Electoral Area “A” (Wells Gray Country) Director since 2014 with an earlier term from 1993 to 1996.
Boards/Committees:
Contact:
director.cschaffer@tnrd.ca
Dale Bass | Director, City of Kamloops 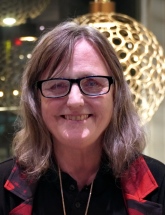 Dale Bass is one of six City of Kamloops councillors representing Kamloops on the TNRD and TRHD Boards.

Director Bass was born in Ontario but luckily is married to a wonderful man who brought her and four of their five children west to Kamloops in 1999. She retired from Kamloops This Week in 2018 after an 18-year career there.

Prior to that she did 25 years at a large Ontario daily newspaper. Since moving here, she has held positions on the boards of the Kamloops Therapeutic Riding Association, Kamloops Family Resources Society, Kamloops Society for Community Living (now called Inclusion Kamloops), People In Motion, Volunteer Kamloops and Kamloops Child Development Centre. She was also chair of the Canadian Association of Journalists for several years. 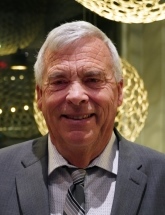 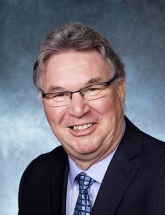 Dieter Dudy is one of six City of Kamloops Council representatives on the TNRD and TRHD Boards.  Director Dudy also represents the TNRD as the appointee to the Municipal Insurance Association and as the alternate for the Municipal Finance Authority.

Dieter was born in Germany and raised in Kitimat, BC where he completed his primary and secondary education. He met his wife Deb Kellogg, who grew up in Kamloops, in Victoria and has been married for 39 years. They have two adult children and two grandchildren.

Dieter has had a diverse work history, having been employed in the industrial sector by Alcan, Crown Zellerbach and a number of smaller operations. Dieter spent a number of years in retail and wholesale management primarily with Woolco. He spent 13 years in the financial services industry, both in sales and management, and lastly with the local Greyhound agency as Operations Manager.

Dieter’s passion for sustainability led him to purchase and develop 10 acres in Westsyde in 1998 where he and Deb have successfully established an organic vegetable farm and business. He has since become involved with agriculture and food security. Dieter has sat on the local farmers’ market, the Sun Peaks Farmers’ Market board (which he and his wife helped to develop), was President of the BC Association of Farmers’ Markets, past Director with The Certified Organic Association of BC, as well as the local certifying body.

Dieter was a former Director with the Kamloops Voter’s Society and was one of the original members of the steering committee that founded Gardengate, a therapeutic centre for individuals with mental health issues. Dieter was a committee member on the Agricultural Advisory Committee which helped to develop the Kamloops Agricultural Plan. Dieter is currently with Community Futures Thompson Country and sits as a non-voting director with Tourism Kamloops.   He is a founding director of the Kamloops Public Market Cooperative and is passionate about food security, economic diversity and fiscal responsibility.